For about 2 months I thought doing the 22 day Vegan Challenge. I researched recipes on Pinterest and read articles from Elle magazine about people who tried the “Beyoncé Diet.” I tried to recruit friends and family to do this with me. No one would. Every time I would say I’m going to start it wouldn’t be a good time. I spent the entire month of February eating all the food I could consume and not working out. A coworker said to me “Someday isn’t a day,” and that really stuck with me. When March hit I knew summer would be here sooner rather than later so I decided after St. Patrick’s Day I’d go full on Vegan for 22 days.

The weeks leading up to Wednesday, March 18th I began easing into eating vegetables while still eating a lot of things I love. I ate so much Home Run Inn Pizza, I couldn’t stand to eat anymore. I love bacon burgers so I went out one Saturday, sat down and ate a fat bacon burger at a restaurant by myself. It wasn’t as good as I thought it would be. The idea was better than the feeling I had after I ate it. One night around 9pm I wanted french fries so bad I fried them. I felt it best to give into my urges now rather than later. None of the foods I was eating were as amazing as I thought they’d be. I still can’t figure out why. Throughout the month of March I eased myself into the habits this lifestyle change would bring. I’m not in love with veggies nor do I prefer breakfast so I really had to ease myself into doing these two things and making them a routine. March 18th crept around and it all began.

Before I get into the details of this lifestyle change, let me inform you of several things:

-I didn’t give up honey because I drink tea daily and use a tablespoon of honey daily.
I don’t drink soda/pop but only water, tea and orange juice. During this diet I didn’t drink orange juice.
-The original 22 day diet allows for you to purchase meals but I didn’t want to spend $400+ on meal delivery so opted to make my own meals.
-I have and am currently working out throughout this entire process 5 days a week.
-I’ve cut all candy out of my diet. This is huge for me since I eat candy 24/7 at work.
-I didn’t weigh myself before I began. I’m more concerned with the way my clothes fit and don’t want to obsess over the scale. I want to lose weight but I want to also have a healthier relationship with food.
-I didn’t want to do protein shakes so I didn’t.

There was quite a bit of negativity from various people about me going vegan. One person told me I’m going to be “hangry” and that I would not make it 22 days. In my head I said “F&ck that!” I was so happy to be walking into this journey and doing something that would challenge my personal health. More than anything I needed this because I’m not getting younger, diabetes runs in my family and honestly I just don’t want to be a fat ass! 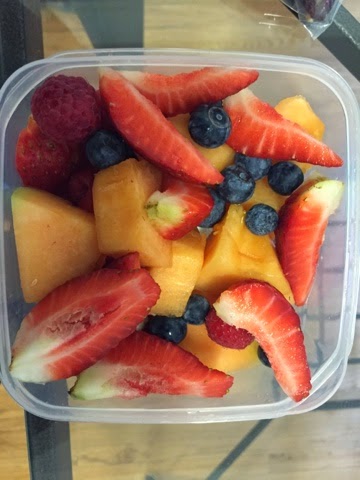 Around the 4th or 5th I began to get so tired. I wasn’t eating enough food but I wasn’t hungry. I slept a lot and was just so tired. During this time Chicago was experiencing weird weather changes and I felt a little under the weather. On the 5th day, a Sunday, I went to a morning reformer pilates class and got so dizzy. I finished the class but knew I immediately had to go get multivitamins. That day I began taking 2 multivitamins a day and making an effort to eat more food. I made a lot of boring food such as quinoa or brown rice with veggies on the top. I ate lots of oatmeal or half a grapefruit for breakfast. I was on a fruit veggie overload! It wasn’t horrible either!

Next 6 days..
It was around the 6th day I realized I needed to eat more food at breakfast. I would sit in my bed and eat a very full bowl of fruit. It would fill me up but I definitely needed more. I learned I probably should eat before my 7 am workouts if possible. Throughout this entire 11 day period I ate nuts all day at work to keep myself away from chocolate and candy. I had dreams of surf and turf meals. I never in my life dreamed of meals until this diet change. It wasn’t until the 10th day that I began to get hungry for something. My body seems to yearn for hearty food and sweets. 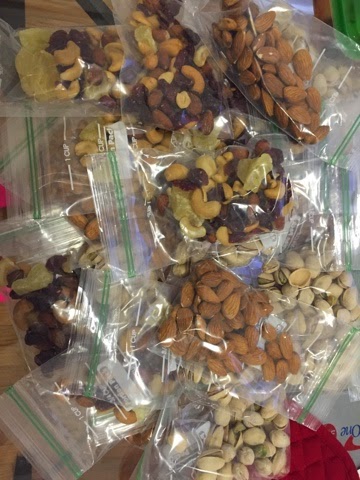 I get questions about how I feel and to be honest in the beginning, about 6 days in, I felt lighter. I didn’t feel weighed down and I didn’t feel bad about what I’d eaten. A lot of times I’ll eat something and regret it. There haven’t been the drastic changes in my body that I want but there have been some. You can see my clavicle bones which is huge to me because I love that feature on women. My thighs are still thick but they look almost leaner. My boobs are still huge and I thank God for them! I love the double D’s. My stomach is my biggest issue! It’s made me so upset. I feel a little gut is still there but of course that will take time! I can see it becoming more defined. My skin looks the same to me at the moment although my face is a little clearer than usual. I have extremely sensitive skin so I’m hoping a healthier diet with help me have clearer “glowy-er”skin.

Changes & Life Plans
I always get this question, “Are you going full on vegan or vegetarian?” and the answer today is: HELL NO! I have no immediate plans for the future in regards to that. All I know is I have 11 days left and I’m going to mix it up. The first 11 days all of my meals have been simple and lacked creativity. So I’ve decided the next 11 days will be filled with creative fun meals. There are so many amazing options out there for vegans. I am introducing smoothies into my breakfast routine daily. I’m eating foods I generally don’t like such as mushrooms and tomatoes. I’ve even purchased an eggplant something I have NO experience with making. I’m really going to have fun with the next 11 days. I even thought about extending this journey from 22 days to 30 but we’ll cross that bridge when we get there. To see more of my meals check out my Instagram.

Previous Post: « Bocce Ball @ Pinstripes
Next Post: Chic, Chocolate & Vegan: The Last 11 days of My 22 Day Plant Based Diet & Beyond »